The Heist Collection The Killing Joke Giclee Art Print A2

He is the most iconic villain in pop culture; with no superhuman abilities, the Joker uses his criminal mastermind and expertise in chemical engineering to create his lethal acts, to terrorise the citizens of Gotham City. Created in 1940 by Bill Finger, Bob Kane and Jerry Robinson the supervillain was planned to be killed off after his initial appearance but quickly went on to not only be a fan favourite, but rapidly rising to fill the role of becoming Batman’s arch enemy.Throughout the decades the Joker has been presented with various personalities. 1940’s DC comics portrayed the character as a criminal mastermind, introduced as a disturbed man with a warped, sadistic sense of humour, post-war 1950’s he became a light-hearted menace, with the infamous episode ‘Surf’s Up, Joker’s Under’ including the Joker and Batman battling in a surf-off. The Joker then returned to his darker roots in the 1970’s, culminating in multiple classic, tragic storylines.Printed on 300 gsm premium soft cotton paper, our giclee prints are of the highest quality. Our prints come hand rolled to ensure quality is maintained in the finished product.
Extra gegevens: 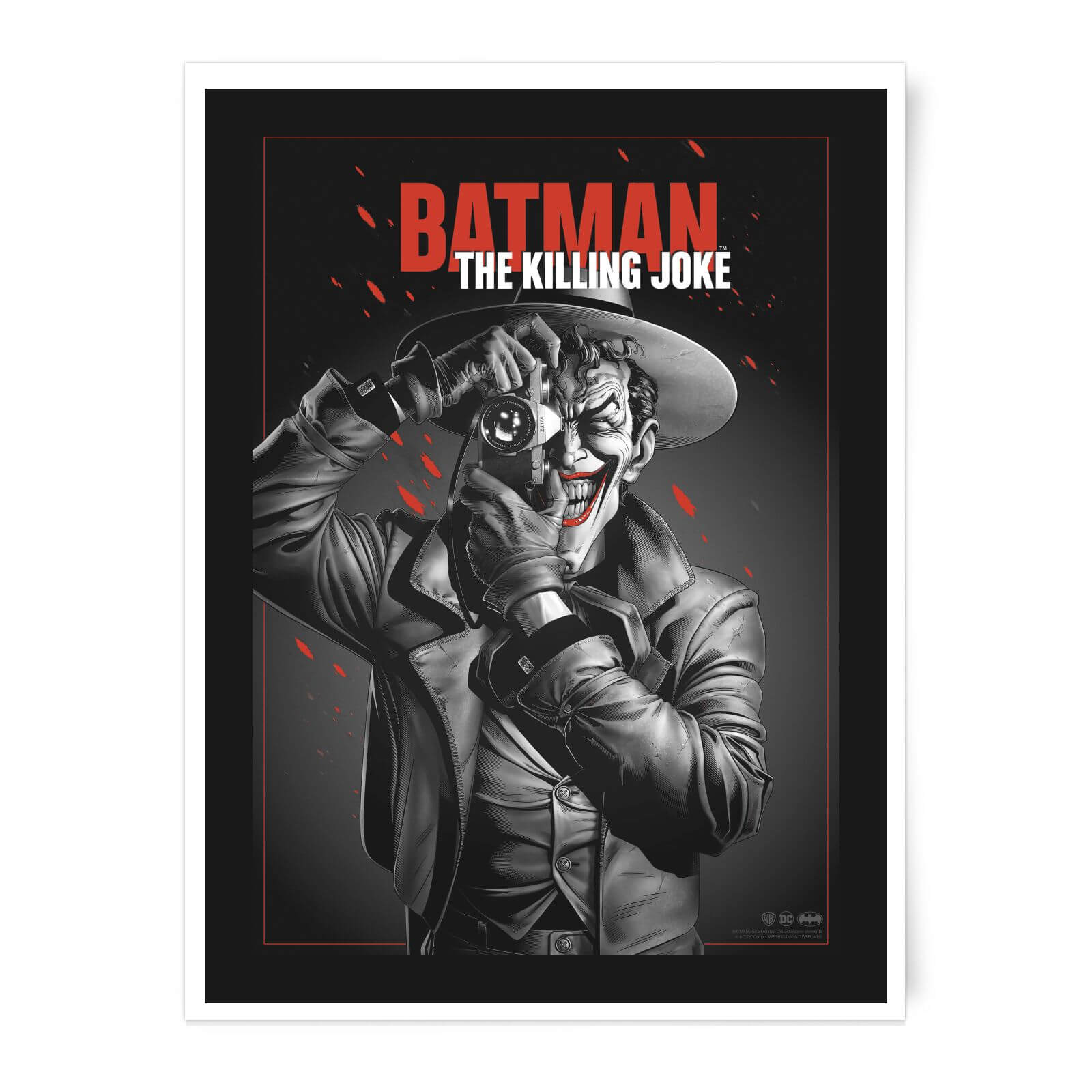